2019 is a year of explosive growth for the Gogoro brand, it also played an indispensable role in the development of the EV industry. As the services of various business organizations were put in place and were well received by consumers, Gogoro broke records for the highest market share for electric scooters, the broadest electric energy infrastructure, and the fastest growing user base for shared electric scooter services in the world. Not only has such outstanding performance broke the mold of the Taiwanese scooter industry structure, it also further established Gogoro as an innovator of the modern era, bringing the company closer to realizing the vision of creating a sustainable mobile ecosystem for smart cities.
Here’s a recap of Gogoro’s top 10 milestones in 2019:


Gogoro Smartscooter sold 145,678 units in 2019, which accounted for 16% of the total scooter market (Gasoline powered scooters included). This is an unprecedented new record, an increase of 105% compared to the previous year and is an amazing achievement as annual sales growth has doubled every year since 2015. Not only has this amazing milestone propelled Taiwan’s scooter industry forward, it is also proof that market transformation can happen quickly with the right technology and business model in place.


In 2019, Powered by Gogoro Network (PBGN) partners launched multiple scooter models in succession to meet the needs of a wide range of consumers. PBGN models such as the YAMAHA EC-05, A-Motor Ai-1 Sport, PGO Ur1 were all well received by the market, demonstrating success as the total number of PBGN scooters was increased to 274,623 units. PBGN will also soon welcome new models from Suzuki Taiwan as overall scooter market continues to remain lively.


The Gogoro Network’s smart battery now uses the new 21700 battery cell technology, increasing single battery storage capacity by 27%. The batteries were deployed in August 2019, and has allowed users to travel even further in a single swap. The GoStation® also received an upgraded design, the 3.0 model has its battery load capacity increased by 50% compared to the previous generation, while the overall space and volume of the station has been reduced by a large margin. The GoStation® 3.0 can continue to provide the most stable energy replenishment services independently up to 64 hours in unstable power supply environments


Gogoro launched the GoShare "end-to-end" scooter-sharing solution, integrating the existing Gogoro Smartscooters, Gogoro Network, AI Engine, cloud operation management system and other system resources through the GoShare App, providing more flexible and efficient daily mobility options. In Taoyuan City and Taipei City, 4,000 vehicles have already been deployed into the field. The Gogoro 2 series and Gogoro VIVA have been used for GoShare and after being launched for 4 months, the total number of users has reached 400,000, with an average of 6 rentals every minute.
[ 5 ] The Taipei Bridge Ride, mobilizing 1,572 scooters to set a new world record


In 2018, the annual Taipei Bridge Ride successfully set a world record. In 2019, 1572 Gogoro users attended the ride to not only set a new world record, but also see the involvement of more PBGN scooters and GoShare scooters. The Taipei Bridge Ride used social media to show the world a better, more efficient, cleaner, and more innovative way of using energy.

[ 6 ] Gogoro launched the Gogoro 3 series, becoming the most-discussed people’s scooter of the year.


The Gogoro 3 was the most discussed scooter and was the only electric scooter on the list of “the people’s scooter,” surpassing all of its competitors. Even though the Gogoro 3 series is an electric scooter, its power output is comparable to a 125 cc gas-powered scooter and is very safe. Using materials such as scratch-resistant PP along with SBS front / rear disc brakes, this makes the Gogoro 3 the most valuable option amongst other models in the same price and performance range.


Since its introduction at the end of September 2019, the Gogoro VIVA has been well received by smaller-statured and white-collar individuals for its size, nimbleness, simplicity, convenience when parking, and ultra-low price. 30% of the “Gas Scooter Trade-in” consumers purchase the Gogoro VIVA, it has established a new product range in the scooter market and invigorated the market’s overall development.


In 2019, the Gogoro Network officially introduced the “Flex Plan” riding plan that leverage Big Data to make real-time energy distribution analysis and projection. Using that data, provide dynamic discounts and pricing to balance the overall battery supply and demand, as a result, all users can enjoy a more flexible and sustainable battery swapping experience. Since its launch in October, the Flex Plan has been introducing dynamic discounts regularly at GoStations, and users have developed the habit of changing out their batteries during off-peak periods in order to enjoy payment discounts up to 20% off.


Supporting the electric scooter craze all around Taiwan , Gogoro Network has also actively completed its GoStation deployment target for 2019. The total number of GoStations has reached 1,575 stations (including those under construction), the total number of battery swapping subscribers is up to 270,000, and the accumulated number of battery exchanges has reached nearly 70 million. In the future, we will continue to expand the deployment density and scope to continually provide convenient battery exchange services and experiences for the Gogoro Network service subscribers.


[ 10 ] New Gogoro service centers were opened every week, and a total of 125 branches can be found all around Taiwan


Gogoro's first off-island city opened in Penghu in 2019, providing local consumers with sales and maintenance services. Gogoro also opened a branch in Miaoli City in December, rounding the number of service locations all around Taiwan up to 125. Looking forward to 2020, Gogoro will continue to accelerate the expansion of its service range. The company is expected to establish more than 60 new service locations next year, and is expected to increase the energy of repair and maintenance services by nearly 60%.. 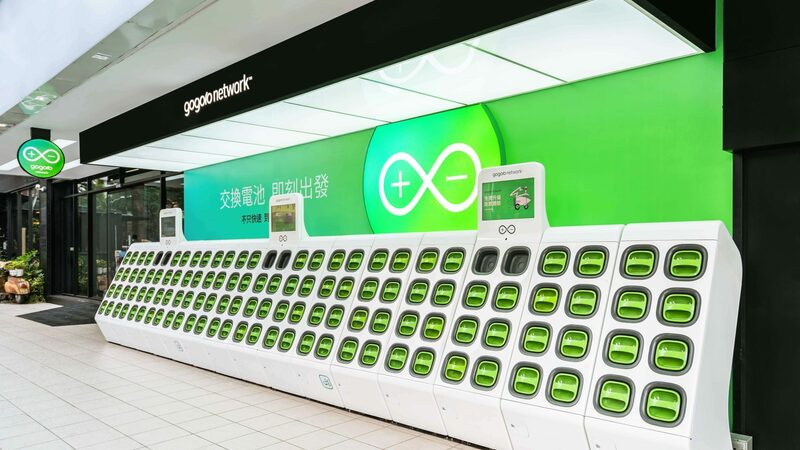 Gogoro Network™ will continue to build battery swapping stations rapidly in 2020. More than 60 “Super GoStations” to be built, serving populated areas and satisfying the needs of different user groups and social circles. 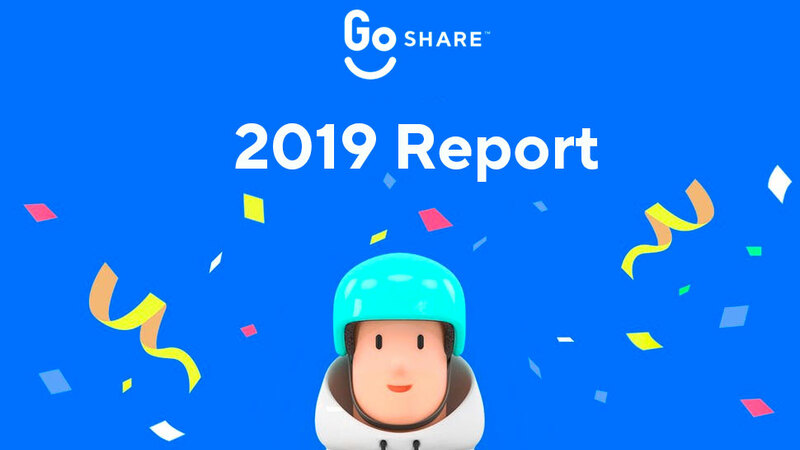