Gogoro Network™ will continue to build battery swapping stations rapidly in 2020. More than 60 “Super GoStations” to be built, serving populated areas and satisfying the needs of different user groups and social circles.

The number of Gogoro Network™ subscribers has officially passed 270,000, showing the strength of growth for electric scooter adoption in Taiwan. Over 44 million battery exchanges were made throughout the year, and an average of 2 to 3 GoStations were built every day. Gogoro continues to actively collaborate with partners such as convenience stores, hypermarkets, gas stations, and county and city governments to use all available back-land to establish GoStations. Looking forward to 2020, Gogoro Network™ plans to build more than 60 Super GoStations® at major populated areas of Taiwanese cities to ease the use of various battery swapping hot spots. In addition, Gogoro will establish its presence within college campuses, collaborating with all colleges and universities in Taiwan to build GoStation locations. This will expand the coverage of the Gogoro Network to provide better service experiences for younger audiences.

Alan Pan, General Manager of Gogoro Network™, said, “Gogoro Network™ successfully achieved the GoStation deployment target of 2019, providing convenient battery exchange services for the users of Powered by Gogoro Network ™ Electric Scooter Alliance in Taiwan. We’d like to thank the government units and partners all across Taiwan for their countless efforts in promoting battery swapping services, and we look forward to more cooperation opportunities in the future, building new smart energy social circles. We believe that the massive amount of Super GoStations this year will further ensure that users enjoy a better battery swapping experience.”

With the rapid growth in the amount of users, we have further expanded the smart battery supply of individual GoStations since the beginning of 2019. The Super GoStation®, which can accommodate more than 100 smart batteries, has been built in all six major cities in Taiwan. On average, each Super GoStation can meet the battery swapping needs of more than 1,000 users. This has effectively improved battery allocation efficiency and has been well received by the users. This year, the focus will be placed on building more Super GoStations, their location based on the data analysis of rider behavior and traffic flow. It is expected that more than 60 Super GoStations will be built in popular areas such as Taipei, Taoyuan, Hsinchu, Taichung, Tainan, Kaohsiung, and Pingtung. This is equivalent to increasing the battery supply by more than 25,000, which will once again greatly increase the service capacity of our battery swapping services in populated areas.

Build GoStations that revolve around Users’ Social Circles, based on citizen's diverse and varied lifestyles

The GoStation® has been built to be closely involved in peoples’ lives, it can be seen in places such as convenience stores, hypermarkets, gas stations, and parking lots. These are places that are commonly traveled to in daily life and Gogoro’s partnership with chain retail stores has been quite in-depth, allowing users to enjoy battery exchange services while they do their daily shopping or buy groceries. This high level of convenience has been well received by our users. In order to get closer to young people, the GoStation® will enter campuses as Gogoro will actively begin partnerships with colleges and universities all across Taiwan.

Gogoro Network™ is a core promoter of various types of foreign and domestic Powered by Gogoro Network ™ smart electric vehicles, as well as the GoShare® scooter-sharing services. It focuses on the innovation of open smart battery swapping technology while promoting the development of a sustainable mobility ecosystem, empowering every user with the power of change to make cities and environments cleaner.

Out of thousands of innovators from across the globe, Gogoro captured a place in the 2020 Global Cleantech 100

Gogoro®, a technology leader transforming how innovation is accelerating the shift to sustainable urban mobility, was named a 2020 Global Cleantech 100 company by Cleantech Group. 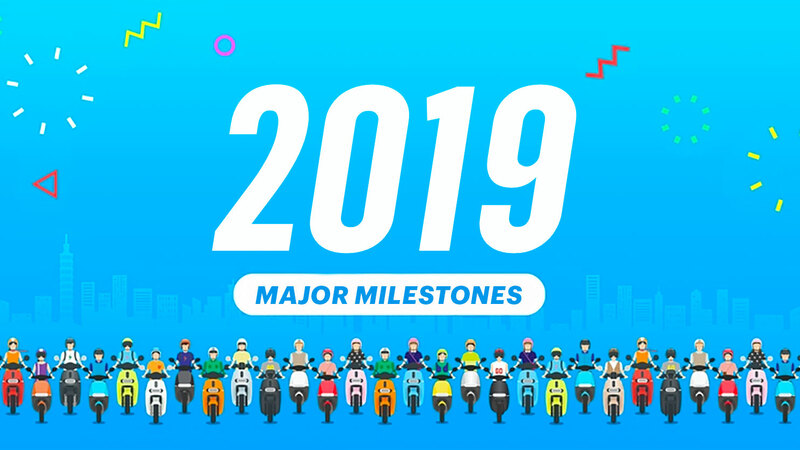