Global leaders gathered in Morocco a few weeks ago for the United Nations Climate Change Conference (COP22) to further the conversation from last year’s COP21 Paris Agreement on how to best implement its required emission cuts in accordance to commitments in the Kyoto protocol before its expires in 2020. The attending leaders also gathered with many other world leaders to reiterate their commitment to the Paris Agreement in response to the US elections.

Recently, we launched a #FightPollution campaign to grab the attention of scooter riders and the global community to the impacts of air pollution. #FightPollution is an imperative, a clear statement that our global pollution crisis has grown so severe that without a major change, we will lose.

Just this fall, the earth’s atmosphere crossed a record high level of carbon dioxide: 400 parts per million of CO2 in the atmosphere. It’s a number that will be tough to reverse, but more importantly, it must be stopped from climbing higher.

Ultimately, this isn’t about the first world or developing world; it is a human condition that will impact our kids’ kids. By 2030, 61 percent of the world’s population is projected to live in megacities that will grow even more massive and dense. That’s 3 billion more people living where data shows air pollution is at its worst: street level.

Although everyone knows how bad it is to inhale exhaust, we outlined just how damaging particulate matter from gas-powered vehicles is to our lungs, read it out here.

The main takeaway? Particulate matter from air pollution is a problem right here and right now, especially in cities where gas-powered vehicles are concentrated and creating dense levels of pollution. We must do everything we can right now to stop pollution in its tracks.

I’ve always believed that innovative technology has the ability to change the world, our culture and our economy but we started Gogoro because we had deep convictions to help change the world’s health through changing urban energy management, distribution and usage. We believed that innovative technology was the only way to do this effectively. Five years later, we continue to believe this is what it will take to meet our collective targets for climate change.

At Gogoro, we have been working on a different approach to urban transportation and energy management that focuses on eliminating fossil fuels pollution in cities. To do this, Gogoro created and a city-based network of battery swapping stations called the Gogoro Energy Network and designed a high performance electric scooter called the Gogoro Smartscooter.

Today, a little more than one year since we began our pilot in Taiwan, we’ve have sold 15,000 Smartscooters. This is 95 percent of the electric scooter market in Taiwan. With a total of 9,600 battery swaps per day and 36 million km collectively ridden, Gogoro riders have saved 1.7 million liters of gasoline and nearly 3,200 tons of CO2 emissions.

The Gogoro Energy Network was developed to provide consumers with a familiar but alternative energy station system that frees users from needing to plug their scooters to wait for a charge. Our 270 GoStations are battery charging and swapping stations where Smartscooter customers can swap their depleted batteries for new ones in six-seconds to be ready for another 100 km of riding.  These stations have facilitated 2 million battery swaps.

This technology is not only smart, but makes it easy to make a significant behavior change without much effort. In Taiwan, we now have GoStations in more convenient and accessible locations than gas stations. We’re also expanding our reach: in late summer, we announced our partnering with Bosch in Europe on the new Coup E-Scooter share program that is exclusively using our Smartscooter.

Gogoro is committed to building a clean energy revolution that enables everyone to be part of the solution because it will take a village to be successful. We are leading with technology but call on national and city governments to drive fossil fuels usage and pollution down. Next we’ll forge a transition away from coal-generated power. The future is in solar, hydro, tidal and nuclear/electric power, and the simple switch to electric does a lot of good for the present.

We will continue to invest in innovations and broader rollouts of our infrastructure so that people all over the world can be a part of truly contributing to improving the air we breathe. It’s our core value: to use modern technology to fix the climate and pollution mistakes of the past. 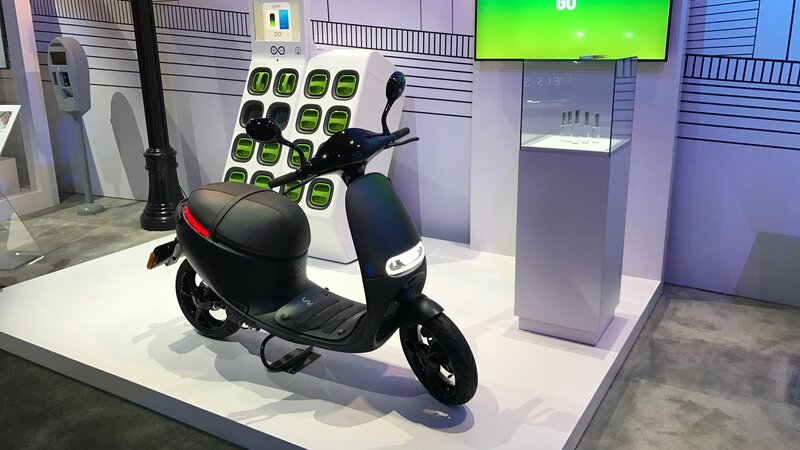 CES 2017 for Gogoro: showcasing a smartcity vision that has now become reality. Plus - a look back at our last three years at CES. 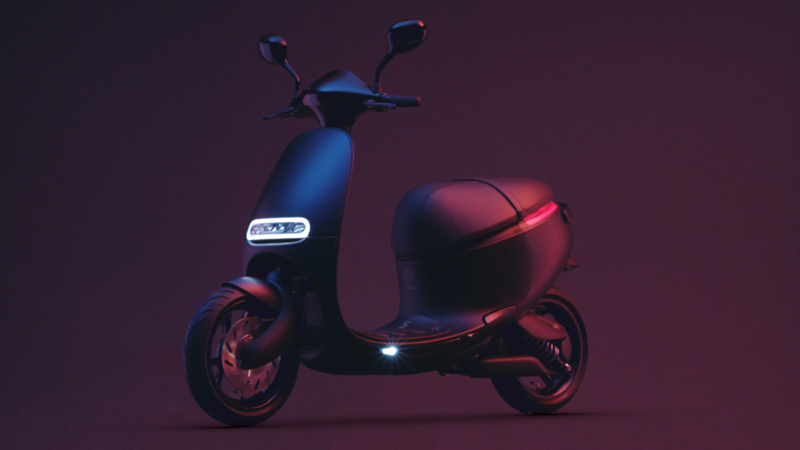 Gogoro at EICMA in Milan, Italy

Gogoro is introducing the new Gogoro S, a new Smartscooter model on display in Milan, Italy at EICMA, the international motorcycle and scooter show.